Finding the “Better Angel” of My Nature

A Conservative Crosses the Divide 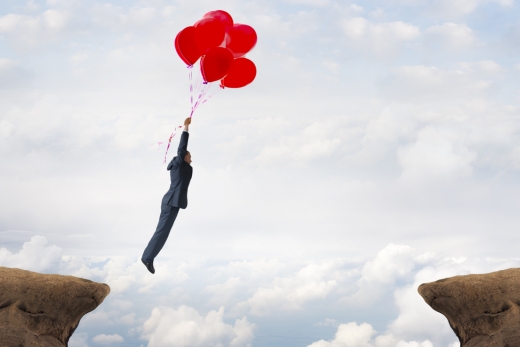 Since we live in a world of “identifying” ourselves, let’s get the basics out of the way. I am a married white woman, a Christian, a mother, heterosexual, and over 55. I am college educated. I have voted for both Republicans and Democrats but lean towards Conservatism. I believe in the Constitution, I respect the Rule of Law, and I cherish the freedoms we enjoy in this country. Although I can be categorized in many ways, there are only two identities that truly define me: I am a child of a loving God and I am an American.

I am not wealthy but my life has been comfortable and there have been few obstacles placed in my path. I had the advantage of having two parents who believed in education and exposing their children to history, current events, and culture. From an early age, we were taught that anything was possible if we were willing to work for it.

While much of my life was spent in Los Angeles and Atlanta, I chose to settle in rural Arkansas because of open space and quiet. My husband and I had successful careers and made a good living. We worked hard and saved for the future. We had “a plan” that was derailed in 2015 when his company closed and again in 2016 when my employer decided that I was obsolete. We found ourselves in a new reality. For the first time in our lives, we were faced with age discrimination and became participants in the “health care crisis.”

In the eyes of the world, I am a “regular” person living in middle America without importance or influence. In the eyes of some, I am a “deplorable” because there is an assumption that those with an Arkansas zip code are ignorant racists who fly confederate flags and have a gun rack in their pickup truck. I am none of those things.

As a “regular” person, I acknowledge that I am not likely to have a noticeable impact on the world-at-large. My sphere of influence is limited but I can choose to make small differences in my own corner of the planet. In the words of Dr. Martin Luther King, Jr., “If I cannot do great things, I can do small things in a great way.”

Since 2016, I have become increasingly concerned by the divisiveness of American politics. After a heated exchange between family members, I understood that conservatives (“reds”) and liberals (“blues”) did not just have differing opinions. We were operating with entirely different sets of facts and no longer shared a common world view. I felt a need to understand the “why” behind ideas that were foreign to me and made no sense from my personal perspective.

Then, I discovered Better Angels. Founded in 2016, it is a bipartisan, citizens movement that aims to unify our nation, one conversation at a time. The group takes its name from Lincoln’s 1861 inaugural address in which he appeals to citizens to heal a divided nation by relying on “the better angels of our nature.” I attended their inaugural convention in June of this year and came away with the belief that this group is doing “small things in a great way” and that small things can add up to big things. I have jumped into Better Angels with both feet and I am passionate about the need for depolarization.

There are those around me who say I am wasting my time… that no one will listen and that “those people” (i.e., the opposite color) must be crushed instead of understood. I reject this premise. While I acknowledge that the loudest voices on each end of the political spectrum may not listen, there are millions of reasonable Americans who are weary of the rancor on both sides of the aisle. For many, party labels are not our primary identifier and we are more concerned about the future of the country and finding solutions to the problems we face.

There are also conservatives around me who accuse me of “going left” by getting involved with Better Angels. They fear that there is a hidden agenda to make me a liberal. I reject this premise as well. The group strives for equal numbers of “reds” and “blues” and is not allied with any specific political viewpoint. The goal is to achieve understanding, not to change anyone’s beliefs.

It is easy to live in our own “bubble.” I work at home and I reside in a community that lacks diversity in terms of race, religion, and thought. It is incumbent upon me to step out of my own zone and widen my horizons. Better Angels provides a forum for this and it has opened a new world of people, books, and ideas.

“Contempt prior to investigation” is another dangerous trap. It does not require effort to champion our own opinions and dismiss those who disagree. It is in our nature to be tribal and to align with those who are most like us. Better Angels challenges each of us to open our hearts and minds and focus on the humanity of all people without regard to categories or politics. We are asked to be curious and to search for the “why” behind beliefs different than our own. We are asked to be willing to listen, without judgement, to those with an alternate point of view.

In a recent discussion with a “blue” Better Angel, he indicated that there is a set of “red” phrases that are his early warning signs that a Conservative opinion will follow. As I reflected on this, I realized that I had my own set of “blue” phrases that trigger an emotional response and cause me to stop listening. Armed with this awareness, I am learning to ask liberals to define their terms. If I seek to understand, phrases such as “social justice,” “white privilege,” and “taking a knee,” then I no longer feel a need to defend based on my preconceptions.

In a grossly oversimplified example, when a “blue” says “Democratic Socialism,” I think of Venezuela and Eastern European countries under the U.S.S.R. I do not really believe that emulating these countries is part of the Democratic agenda. As someone who grew up during the “Cold War,” the mention of Socialism gives me great pause. Once I get past terminology, I can begin to understand that liberals are looking for solutions to the very real issue that most of the wealth in America is controlled by a small percent of the population. Despite being a country of opportunity and promise, we still have far too many people struggling financially and going hungry. While our approaches may differ, I can’t argue that poverty is a serious issue that needs to be addressed. **

I am convinced that polarization is a real threat to our country. I am heartened to see Better Angels and other organizations beginning to take actions towards healing America. For me, sitting on the sideline is not an option. Our current situation reminds me of the words of John Stuart Mill in his 1867 Inaugural Address to the University of St. Andrews: “Let not any one pacify his conscience by the delusion that he can do no harm if he takes no part, and forms no opinion. Bad men need nothing more to compass their ends, than that good men should look on and do nothing.” I believe that we, both “reds” and “blues,” are all good people. Let’s reach across the divide and work together to rediscover common ground.

** Note: While I’d love to do a deep dive into “what a I hear when you say,” that is a bigger topic to be to be saved for another day. It is also a discussion that needs input from both “red” and “blue” voices.